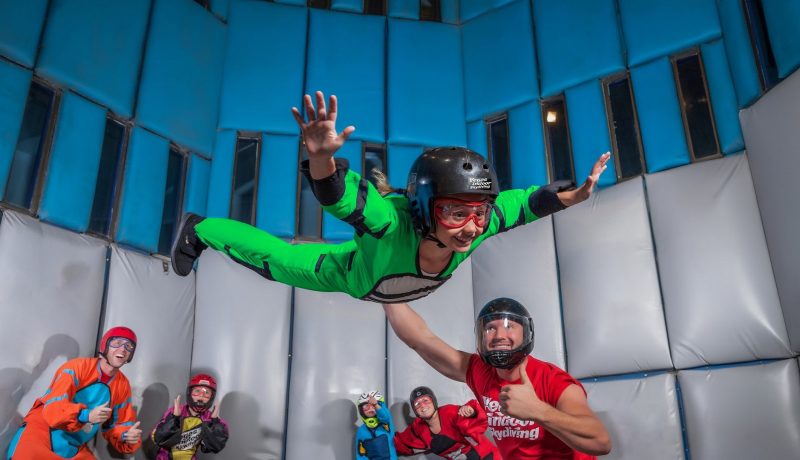 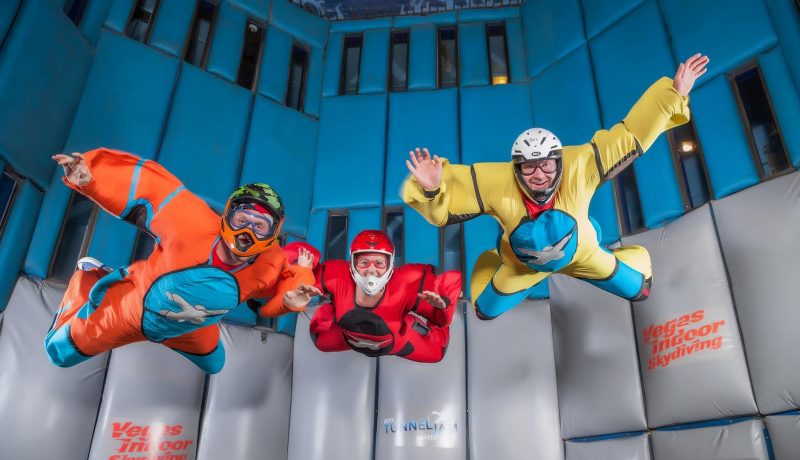 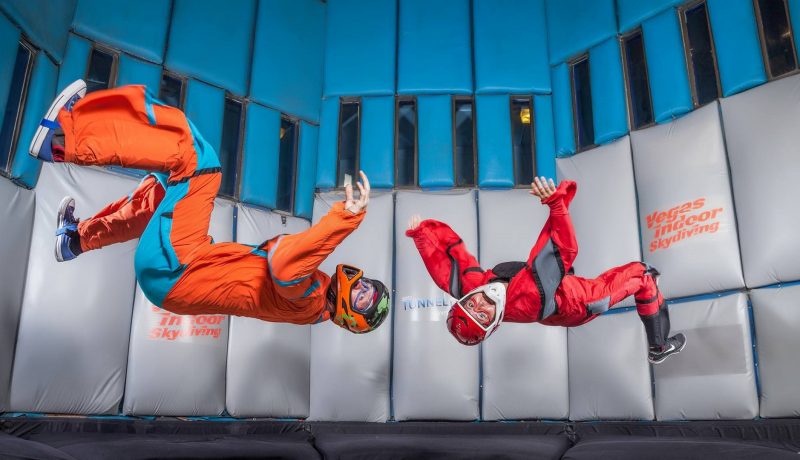 Have you ever dreamed of flying like a superhero? Now you can! From children to seniors everybody can fly in a Wind Tunnel. Book your first flight and try this incredible new experience or discover bodyflight as an exciting new sport.

Vegas Indoor Skydiving is located in Sin City, and with its 1,000-hp electric motor attached to the propeller of a DC-3 aircraft, is the oldest commercial wind tunnel in the United States. It’s been open for 40 years, since 1982!

Built on the site of a bank Vegas Indoor Skydiving is also the oldest “attraction” in all of Las Vegas, according to a certificate from the city council. It was the second wind tunnel in history designed for human flight, after Jean St-Germain’s AERODIUM tunnel near Montreal, Canada.

While this tunnel can “only” reach about 120 mph (193 kph), it’s an excellent location for beginner flyers. Unlike most modern wind tunnels, which feature “wall-to-wall” columns of air,  there is a small padded ring around the edge of the tunnel (outside the column of air), where participants and instructors can stand while not flying, but still be right next to the action!

THE IDEAL SPOT FOR YOUR FIRST FLIGHT

The facility offers a wide range of flying experiences to suit every skill level, so whether you’re just starting out or you’re already an experienced skydiver, there’s something for everyone. With competitive rates and passionate staff, this attraction is perfect for thrill seekers and families alike, offering an unforgettable take on Vegas entertainment that can’t be missed.

IndoorSkydiving.World is a separate activity from Vegas Indoor Skydiving. If you wish to suggest an edit or submit a new tunnel please contact us.

WHAT ARE YOU WAITING FOR?
BOOK YOUR FLIGHT 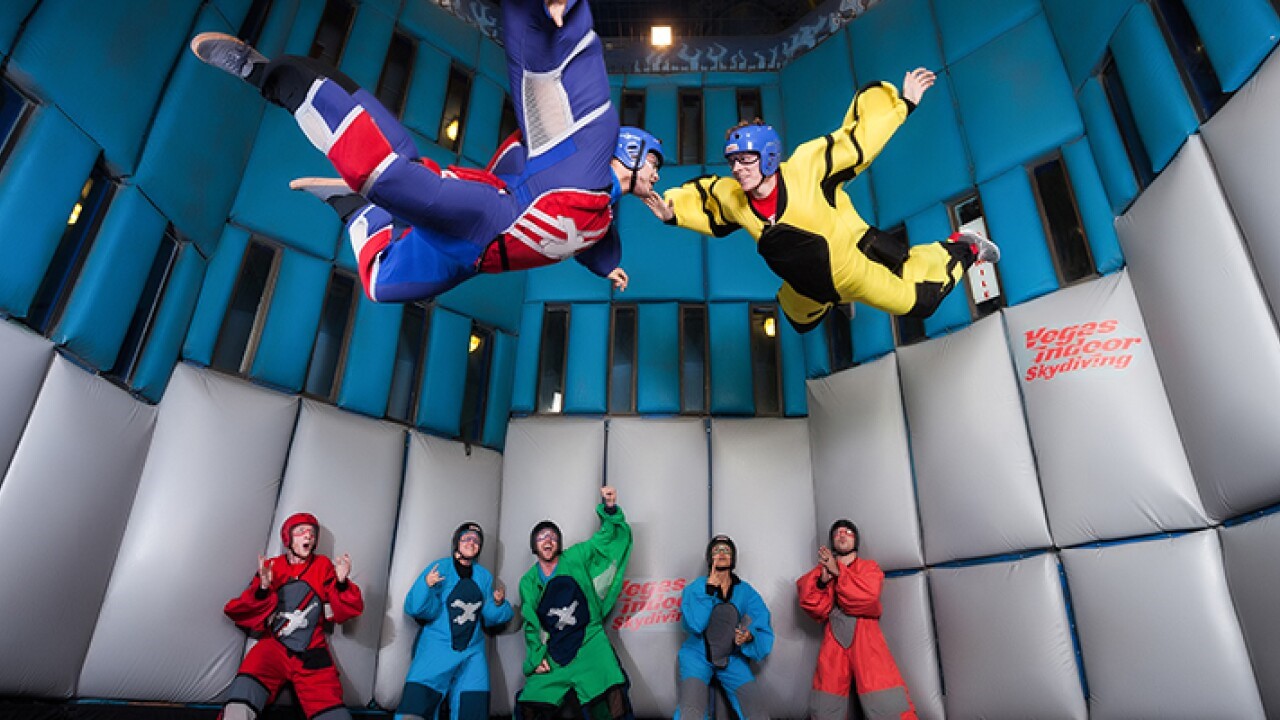 You’ll fall in love with the sensation and the freedom that comes with floating on air. Millions of people worldwide have experienced the power of flight in a 100% safe environment. Are you ready to fly?

Virtually anyone from children to seniors can fly. For restrictions and more info read the FAQs or contact the Wind Tunnel.

Yes, the facility and gears are designed for your safety. And highly trained flight instructors will be with you the entire time.

From birthday parties to corporate events and everything in between, a wind tunnel is the perfect venue for groups of all sizes with everything you need for an over-the-top experience.

AMENITIES ON SITE
To discover all the services and amenities available on site contact the wind tunnel.
WHAT ARE YOU WAITING FOR?
BOOK YOUR FLIGHT 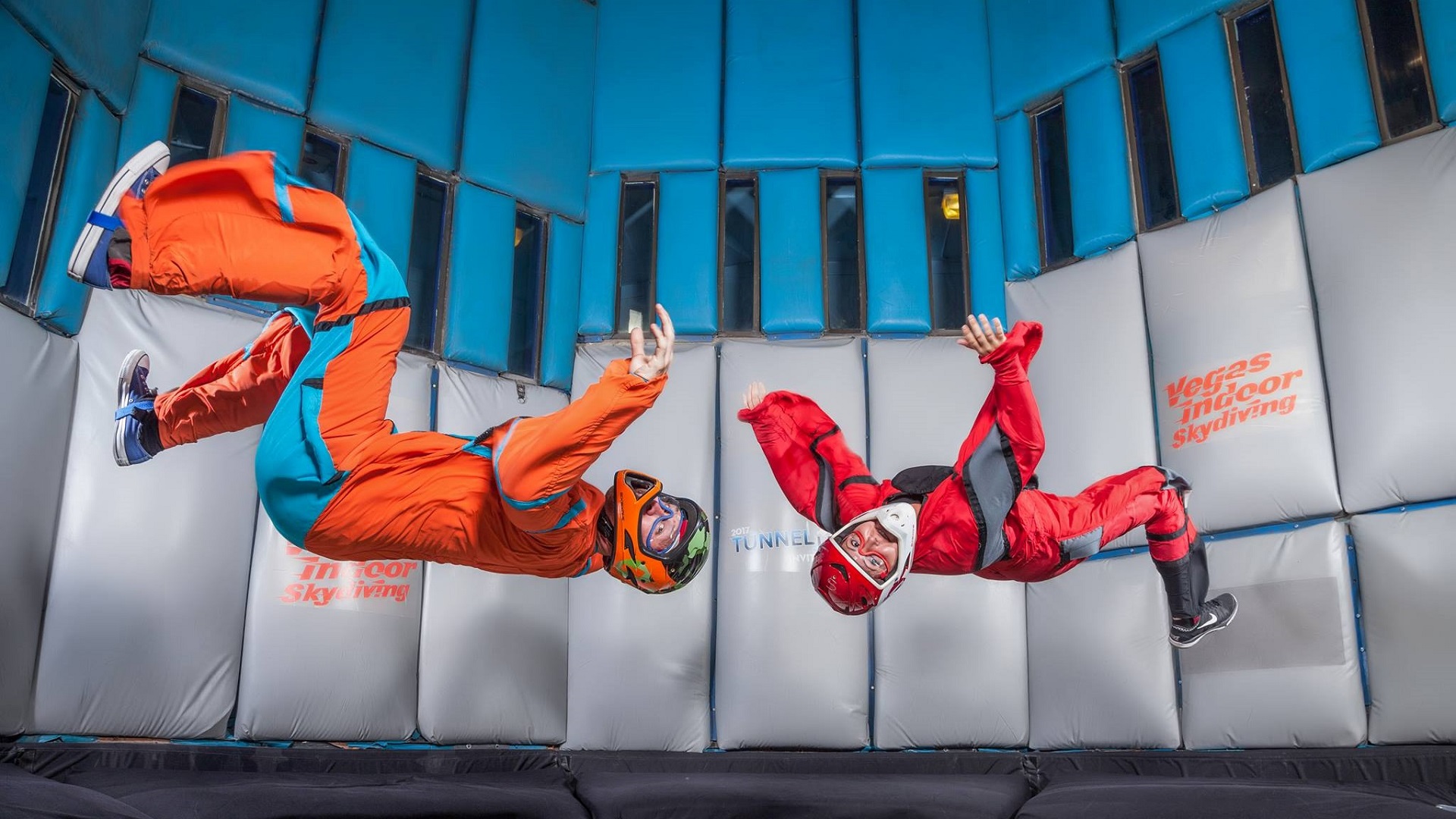 The Sport of Indoor Skydiving, also known as Bodyflight, is one of the most exciting and fastest growing sports in the world. Nearly anyone can become a skilled flyer through a progression system and personalized coaching.

For bulk time, off-peak rates and special offers contact the wind tunnel. You can also see which are the lowest rates in United States and worldwide here.

See below Coaches and Events at Vegas Indoor Skydiving or look for more wind tunnels in Nevada and USA or around the world.

Submit a new event or see events in Nevada, USA and around the world. 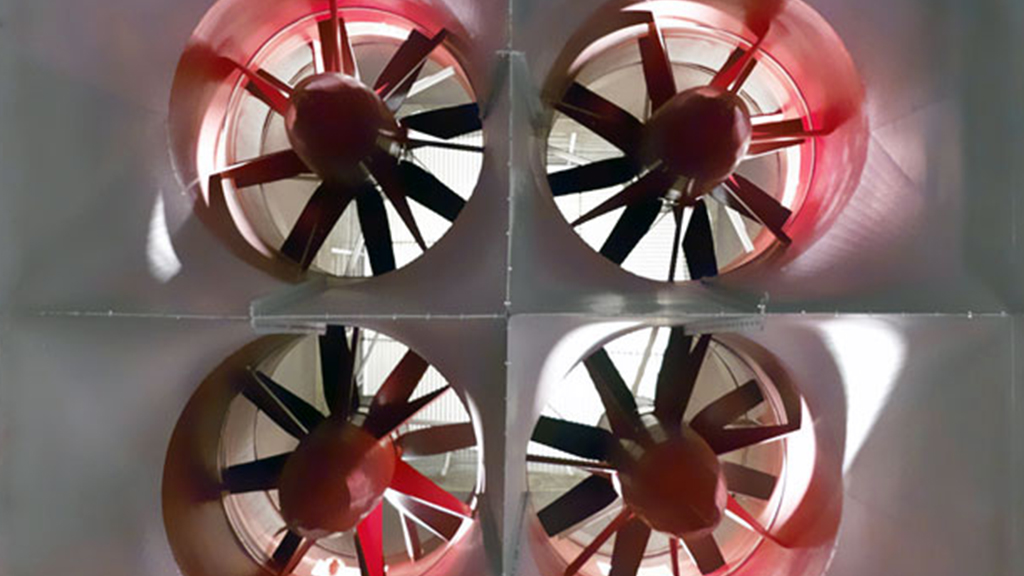 Discover Las Vegas, its attractions and the surrounding area with our best deals.